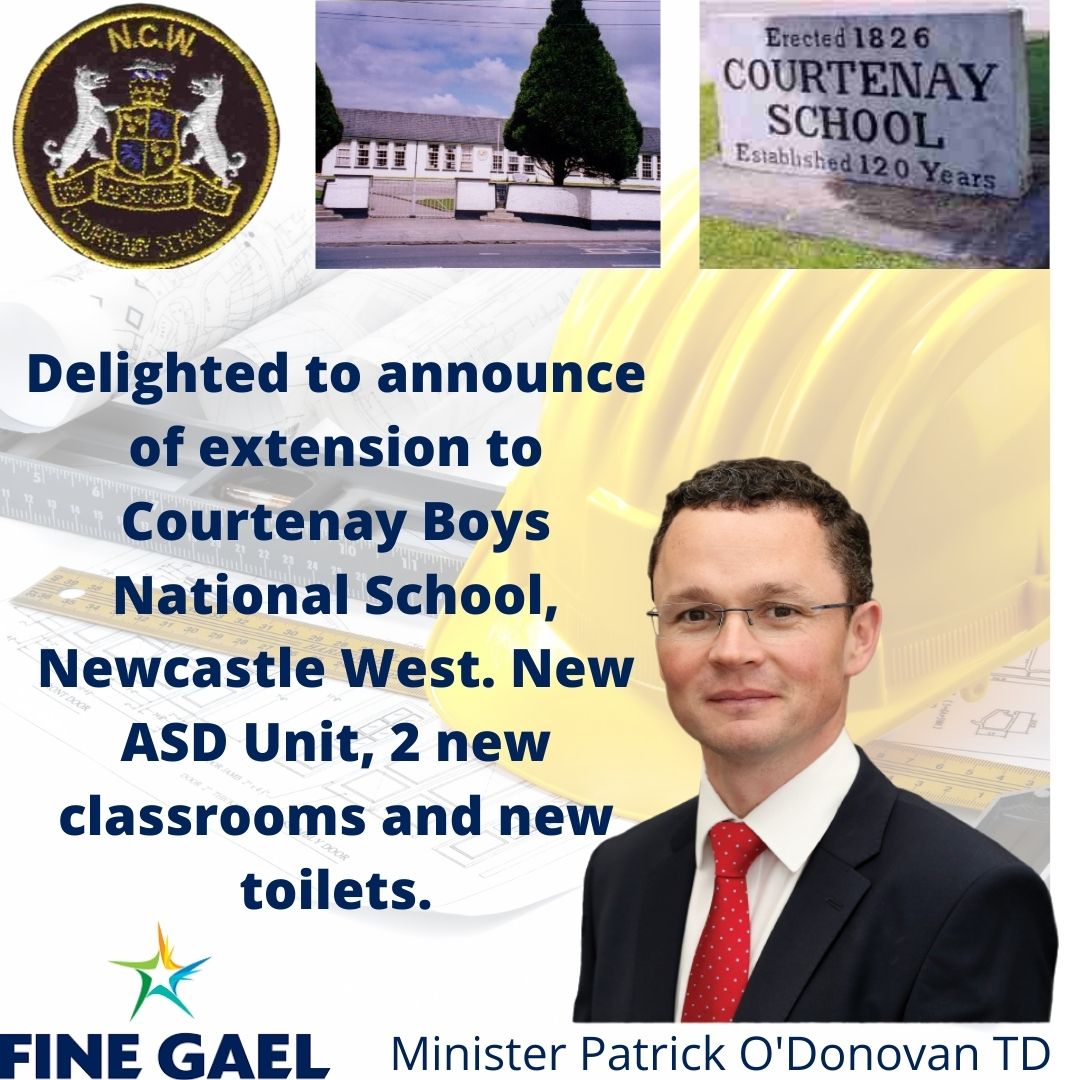 Local TD and Minister, Patrick O’Donovan has announced approval of an extension to the Courtenay Boys National School in Newcastle West.

The extension which will include a new ASD unit for the school, two new classrooms and toilets is expected to start construction in September and is being funded by the Government.

Patrick O’Donovan said “this is further good news from the Government for Newcastle West and a major investment in primary education by the Government in the town.”

“I’m delighted to see this level of improvement being made in the school. I know that they should be ready to start building soon and I want to wish them well.”

Patrick O’Donovan said that the Government has made significant investments in schools across Co. Limerick and this was the latest one.

“I’m working with other principals and boards of management that are anxious to see improvements for their schools and I would be very hopeful that we will see further funding like this one for the Courtenay shortly. In the meantime this is great news for all the staff and pupils attending Courtenay Boys in Newcastle West and I wish them well.”