€575,004 secured for Limerick in equipment grants under the Sports Capital and Equipment Programme (SCEP) 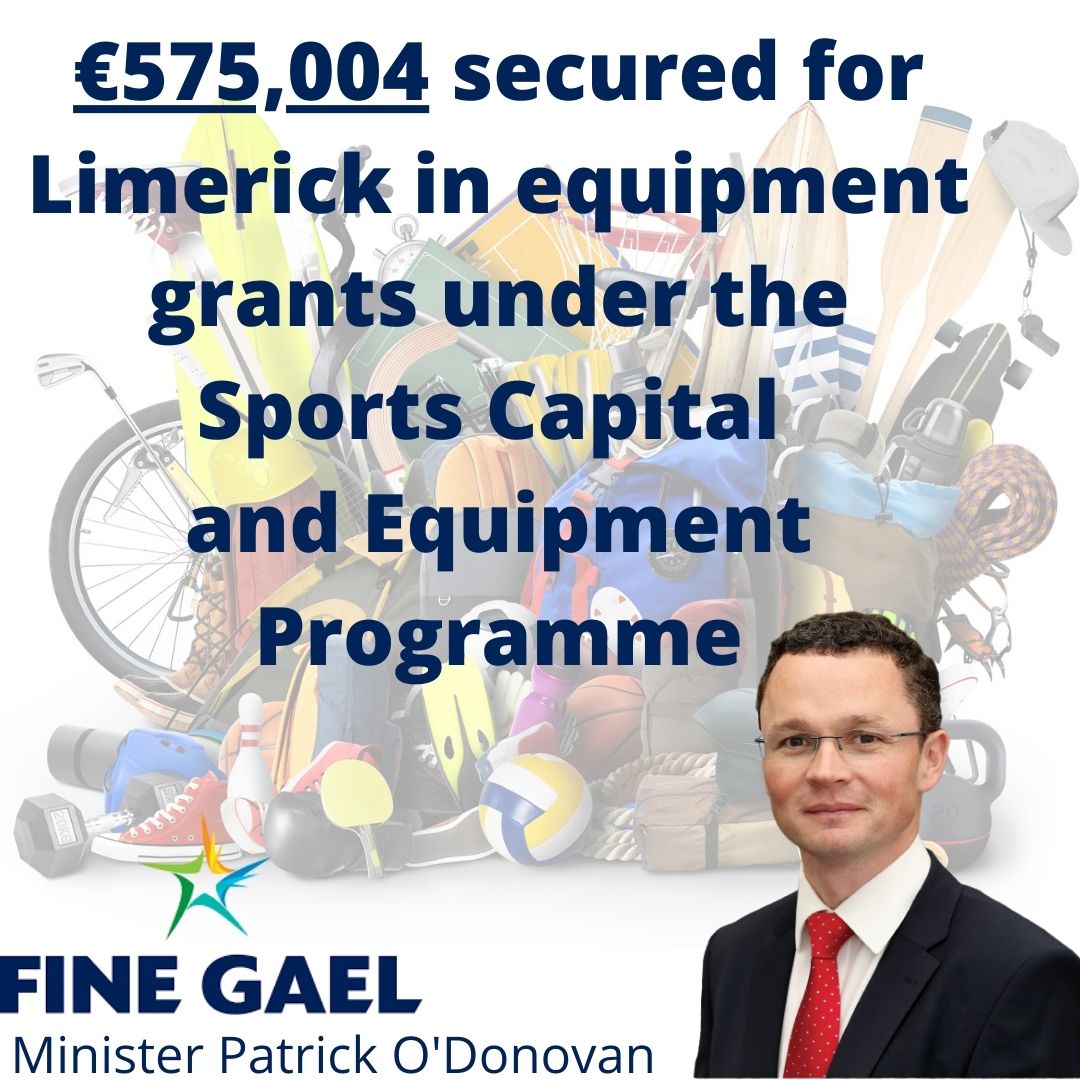 €575,004 secured for Limerick in equipment grants under the Sports Capital and Equipment Programme (SCEP) – O’Donovan

In welcoming the announcement, Patrick O’Donovan said, “I’m delighted to see so much money being delivered across Limerick. These allocations are being made to clubs and organisations across the County that are run by volunteers who put the interests of their clubs and communities first. Many of whom played a very active and important role in the country’s response to COVID-19 in their communities.

“I’ve worked closely with many clubs across the County during the application phase of the process so to see so much money being allocated today is fantastic.”

The grants announced today are for the equipment-only applications that were received by the Department of Sport. Clubs and organisations that submitted applications, which included capital-funding requests, are still being assessed and an announcement on these applications will be made in the coming months.