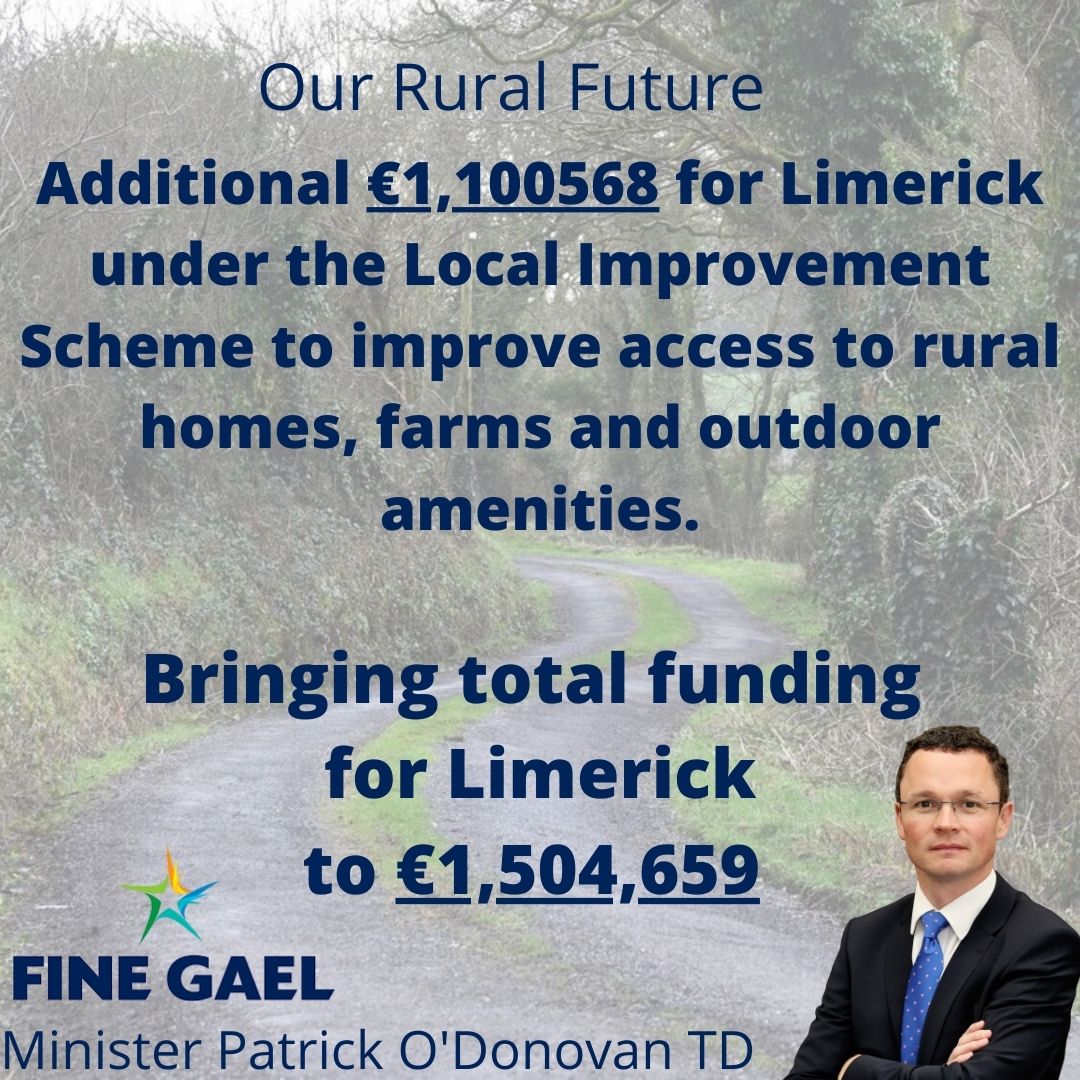 Local TD and Minister for the Office of Public Works Patrick O’Donovan has announced that total funding of over €1.5million will be available for rural roads and laneways in Limerick under the Local Improvement Scheme, making it one of the highest allocations of funding to any Council in the Country.

“This is great news for rural communities across the County. This scheme is to support the resurfacing of non-public roadways all over the Country and during the recession the scheme was discontinued, however when Fine Gael went into Government we saw the value of it and we restored it and ever since then we have been investing in it and making sure that the amount of funding into it is increased. So this morning’s announcement of further funding in round 2 for 2021 of the Local Improvement Scheme of €1,100,569 bringing the total for the year to €1,504,659 is fantastic news for rural Co. Limerick.”

Minister O’Donovan said that this is one of the most important schemes that the Council operates in rural Co. Limerick and since he first became a Councillor in 2003, he has encouraged many individuals and families across Co. Limerick to enter into the scheme with successful outcomes. “It really is the only option for those living open private roadways who are looking to have their road improved and resurfaced and that is why I would encourage people to learn more about the scheme.”

Patrick O’Donovan thanked his colleague Minister Heather Humphreys, the Minister for Rural and Community Development who made the allocation. He said that the allocations represent a further example of the Minister’s commitment to rural communities across the Country. “As Minister for the OPW I work closely with Heather and I know that as a rural TD, she like me has a real commitment to rural areas. She knows the value of the Local Improvement Scheme so getting this allocation to Limerick is great news and I’m delighted to be able to be in a position to announce it.”